It's been another banner year here at Yazoo!  We're always so excited and focused on what the future will bring, that we don't often stop to look back.  But some great things happened in 2013:


Probably the coolest - craft beer lovers across the state were successful in lobbying and convincing Tennessee's legislators to Fix the Beer Tax, equalizing the tax burden on both big and small brewers in Tennessee.  We kicked off the reform with a rally at the Yazoo taproom, with brewery owners, distributors, and craft beer lovers packing the room.  The cooperation between the TN Craft Brewers Guild, the Tennessee Malt Beverage Association, and craft beer enthusiasts continued with Fix the Beer Tax rallies in Memphis, Knoxville, Johnson City, and Chattanooga.  Thousands of supporters wrote their legislators in support.  We had news coverage in all the cities, with the Tennessean, the Knoxville News Sentinel, and the Nashville City Paper's editors endorsing our cause.  The result was an overwhelming vote for passage!  We still have the highest beer taxes in the country, but the tax structure before placed a much higher burden on smaller brewers.

Besides travelling all over the state for the Fix the Beer Tax rallies (man, we have a long state!), one of the most fun parts of the reform effort was our collaboration with Calfkiller Brewery on The Beacon.  We bottled the second batch at Yazoo in February, just in time to get it out in stores and get more people's attention to the tax reform bills.  The newspapers again loved the idea, and our label showing craft beer's taxes as the fattest part of the tax "pig" seemed to really drive the point home.  Some craft beer reviewers didn't know what to make of a light bodied smoked wheat beer made with Tennessee honey.  But the Sergios liked it, we liked it, and it definitely seemed to help get attention to the tax reform bills.


In February, we also bottled our Onward Stout for the first time.
This beer has long been a favorite of ours at the brewery.  Lila worked up a great label for the Onward Stout, depicting the famous and true story of how Theodore Roosevelt's bear hunt in Onward, MS, inspired the creation of the Teddy bear.

That month, we also resisted the calls to put out a Yazoo "Harlem Shake" video.  Remember that craze?

The Embrace the Funk beers picked up steam, with a collaboration blend with New Belgium for the Memphis Craft Beer week in April that we called "Rufus".
To really showcase both what we were doing with Embrace the Funk, and to celebrate sour and wild beers in general, we decided to turn the first Sunday of May into our annual "Embrace the Funk Fest".  The first Embrace the Funk Fest featured about a dozen beers that Brandon deemed were ready, including Rufus' debut in Nashville and bottles of Wild Child.  The Bloomy Rind had hand-selected an amazing variety of their wildest, funkiest cheeses. and some of Nashville's funkiest DJ's spun their favorite 70's vinyl.  Some really rare beers from across the world made surprise appearances too.  If you haven't already, pencil in the first Sunday in May for Embrace the Funk Fest 2014!

In June, Brandon, Lila, and I headed up to the Big Apple for Savor 2013.  We decided to bring two of our Embrace the Funk beers to see what the reception and feedback would be.  We took our Brett Saison, a bright and funky farmhouse ale; and Wild Child, a smokey and sour ale.  The comments we got were very encouraging, with several thumbs-up from writers and bloggers later on - thanks Jake and Nick - http://www.dcbeer.com/news/savor-wrap-0

We were bummed when registration for the Great American Beer Fest closed after only one day, leaving many breweries out in the cold. However, our friend Chad at Crooked Stave in Denver invited us and a whole host of other breweries out for the first ever What the Funk Festival.  Some of the best sour and wild ales were featured, and it turned out to be one of the hottest tickets in town during the GABF. 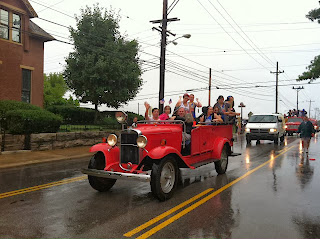 July always brings the annual Hot Chicken Festival in East Park in east Nashville.  This festival is the brainchild of Mayor Purcell, and has been going so strong for years that a little rainstorm this year couldn't slow it down.  I think the rain actually helped cool the fires a little. 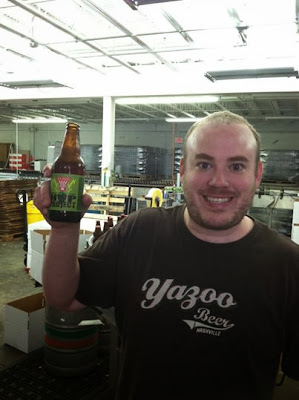 We're a tight crew at Yazoo.  The people working here love what they're doing, and you can tell by their effort and dedication to brewing the best beer we can.  But after years of very little turnover, we had several people leave for other opportunities.  Ryan and Colin's better halves got great jobs out of state, but they were able to take their Yazoo experience and land great jobs at Baxter Brewing in Maine for Ryan, and Boston Beer in Cincinnati for Colin.  Katie moved on and is now at Tennessee Brew Works.  Dave Maderia got a great paying full-time gig and couldn't work the taproom any longer.  Kelly, Haley, and LP all moved up and couldn't continue their tour guide roles.  And two longtime Yazooligans, Brandi and Brian, are now at Hops and Crafts in the Gulch.  To all of you - thanks for all the hard work, the fun, and the great memories! 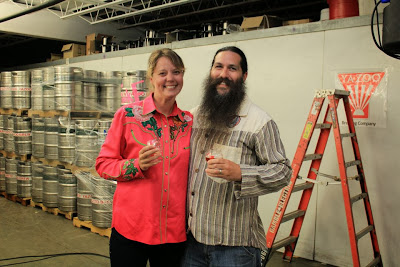 By August, the hops out at Sulfur Creek Farm in Bells Bend were getting ready for picking.  Eric and Loran had managed this year to divide up the rhizomes from our mystery hops and by August, we had 150 healthy vines full of ripe hops.
The picking went late into the night by the light of the headlights of a couple pickup trucks.  We managed to get them all picked and into a batch of beer the next day.  The beer turned out great - a very nice and sessionable pale ale that really showcased the character of the hops.  We were able to get a full 700 cases or so bottled up and out to middle TN.

By the time October rolled around, we were ready to party.  We turned ten years old in October 2013, and to celebrate we decided to hold a two day party on Oct 4-5th.  The 10-Year IPA we brewed for the event was received so well, we decided to brew another batch and bottle it.  And when the power generator blew out on the last band of the night, our friends the Delta Saints took it in stride, finishing with an acoustic set from the back of my old Ford next to the loading dock.  It was one of those "only in Nashville" moments!


October also saw us launch the first-ever beer kiosk out at the Nashville airport.  Another first - you can walk up to our Yazoo "Craft Beer on the Fly" beer kiosk, order a tall Pale Ale, Dos Perros, Hefeweizen, or Hop Project - and walk anywhere in the airport with it! (inside security, of course) 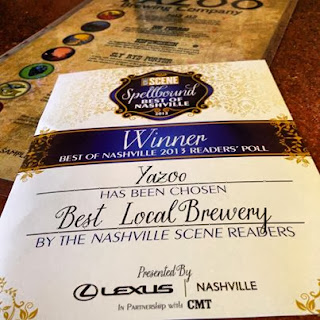 In November, we were honored to be voted the Best Local Brewery by the readers of the Nashville Scene.  While we have won "Best" awards from the Scene before, there had never been a category just for breweries (probably because there just weren't very many breweries before!)  We are so honored and humbled by your support, and we promise to keep trying to brew the best beer we can for you! 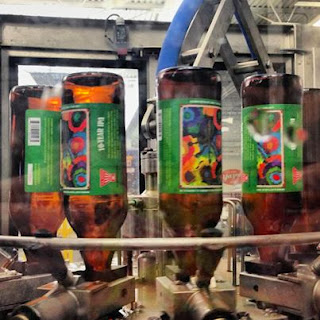 We finished out the year by bottling our 10-Year IPA in 750 ml "big bottles".  We were only able to get a limited amount of the hops we used in this beer, but we will keep brewing it until we run out for good, and hopefully in 2015 we can contract for a long-term supply.

Thanks for sharing your experiences of New Year Party preparation with us. It's such an amazing post about Parking at Nashville Airport.

Whenever you have to travel, don't forget to make a booking to park your car at the airport with gatwick meet and greet so that you can enjoy your journey the way you want.

gatwick parking south terminal is a prudent and secure parking service, it will get your car [parking in a safe location and keep it under guard till your return.