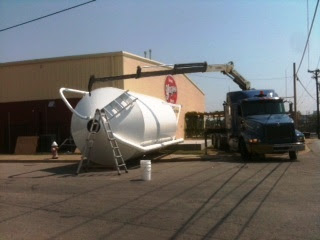 Our new grain silo is here! We have been planning 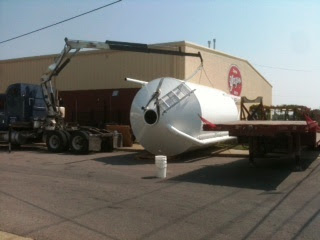 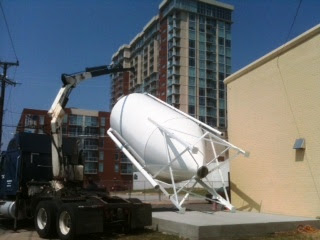 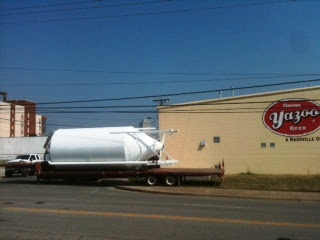 adding a grain silo and getting away from buying our pale barley malts in bags since we moved to Division St last year. But more important projects kept popping up - new bottling line to name one. However, we got word from several of our barley suppliers to expect grain prices to skyrocket later this year. It has been a difficult planting season in the northwest where barley is grown. An extremely wet spring delayed planting the barley, and it is looking like the farmers won't get the yields they expected. Also, over in Europe, an extreme drought is making the harvest there look terrible. Plus, as more and more corn is used for producing ethanol (STUPIDEST IDEA EVER!), the lack of corn for animal feed is raising the price of barley as a substitute. Add it all together, and the price of your favorite beer will soon be going up for lots of brands. ABInBev has already announced plans to increase their prices in October.

But by putting a bulk grain silo in, we can save by buying the barley in bulk instead of by the bag. So the price increase on our barley will be somewhat mitigated by buying in bulk. 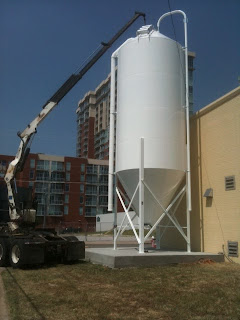 Guessin it won't be long before us homebrewers see those price increases, too, huh? lovely

Amen on the ethanol. Check pure-gas.org to opt out of the madness.